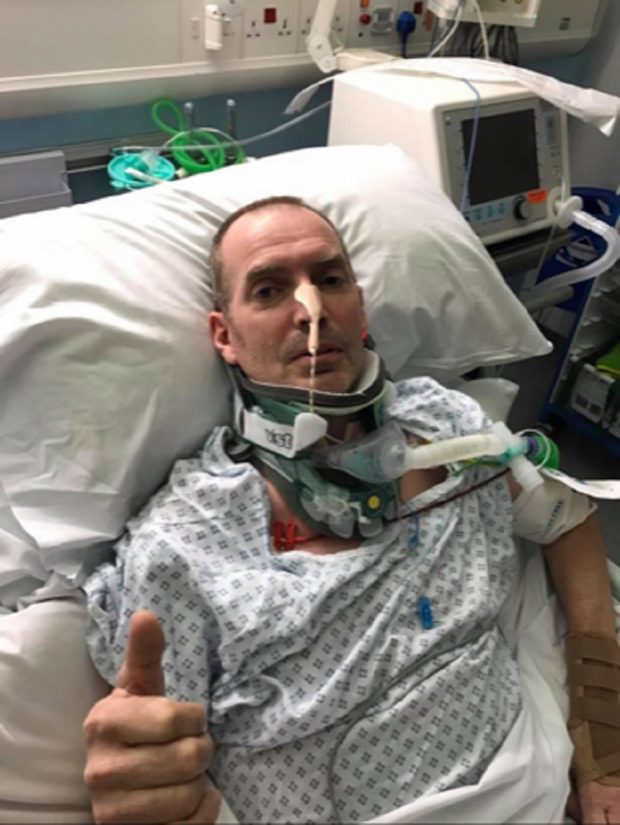 Our Charity of the Year for 2018-19 is the Association of Air Ambulances Charity (AAAC). Adrian Hirst’s experience was the main reason for the charity being nominated. Adrian has shared the story of how Yorkshire Air Ambulance saved his life last year.

To say 11 March 2017 will be a day that I’ll never forget would be only partially true! It was a sunny day with a clear sky and my new BMW 1200 GS motorbike was sitting in the garage itching to be ridden out. I suggested to my wife, Karen, that we could go for a tootle to the biker’s café at Sherburn. We could have a bacon butty and a cup of coffee, then head on for an hour or so along the country roads and stop by her Mum’s house for a chat before heading back home.

I definitely remember the ride to the café and sitting on a wall beside my bike, eating the butty, drinking the coffee, having a chat with a fellow biker and taking a ‘selfie’ in the sun. I’m afraid my mind is completely blank after that.

We apparently got back on the bike and headed though Sherburn, as planned, and rode towards Cawood. Unfortunately at a crossroads between the two villages, a car pulled out from the right giving me - according to the police - 2.6 seconds to avoid a collision. My bike slammed into the side of the car and Karen was thrown down the road about 10 metres. I was thrown over the bonnet of the car into a crash barrier.

We were very fortunate that day, as two of the first people to arrive at the scene were a consultant doctor, on his way to the local airfield, and a nurse. The doctor gave me immediate help, called for an ambulance, and the nurse attended to Karen.

A call was also put out to the Yorkshire Air Ambulance stationed at Nostell Priory. The crew were immediately dispatched and arrived at the scene shortly afterwards. The paramedics that came to our rescue were fantastic and quickly assessed our injuries, administered life-saving treatment and drugs and bundled me into the helicopter.

The paramedics had already realised that I had sustained a head injury as my response to their encouragement was negligible. During the 10 minute flight to Leeds General Infirmary my lungs collapsed and I slipped into a coma. The paramedics had to insert needles into my chest to allow my lungs to expand again as broken ribs had caused a build-up of fluid in my plural cavity. My pupils were also different sizes which indicted probable brain trauma.

Thankfully the short flight to Leeds General Infirmary meant that the Accident and Emergency team still had the chance to save my life and they very quickly inserted chest drains into my lungs to start the recovery process.

I can’t remember anything about the accident or the helicopter flight and my first recollection was waking up a month later in intensive care in Leeds General Infirmary as Karen was being discharged home.

Unfortunately, the damage to my spine is fairly permanent and has left me with only very limited leg movement. I am now reliant on a wheelchair to get around. I am however being well looked after and we’ve now moved home to a very nice bungalow, which I can get around quite easily. 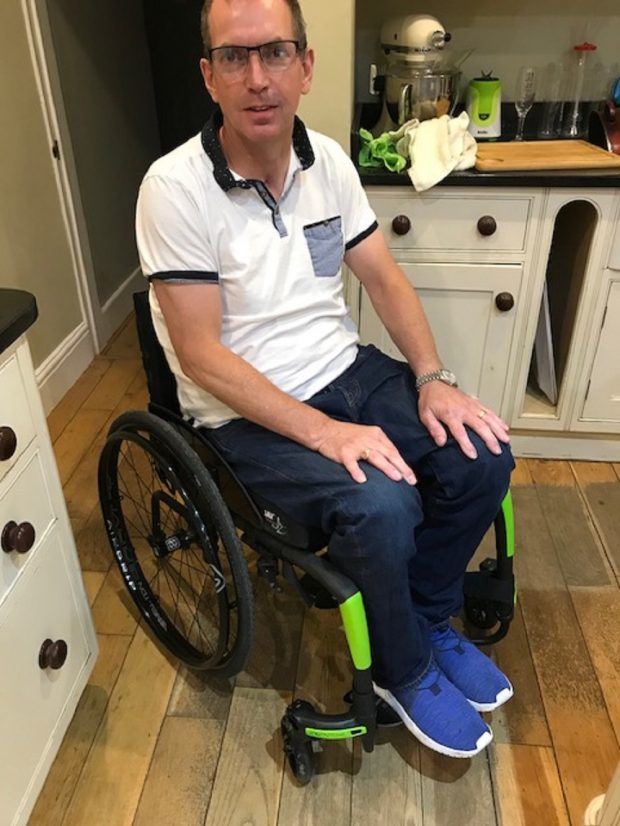 The film footage of the rescue by the Yorkshire Air Ambulance was actually captured by the makers of the ‘Helicopter ER’ TV programme which is shown on the ‘Really’ channel (series 2 episode 15) and it is clear to see after watching the footage that my survival on 11 March was very much as a result of the dedication and professionalism of the staff that rescued us on that day and obviously the speed that the helicopter took me to A&E at Leeds.

I shall be forever grateful for the Air Ambulance service, which is totally funded by the generous donations from enthusiastic fundraisers. Having seen the footage of our accident and the seriousness of my injuries, I am totally convinced that I owe my life to this fantastic service, without which I wouldn’t be here now!

The Association of Air Ambulances is our Charity of the Year - we'll post more updates of the fundraising efforts of VOA staff here and on our LinkedIn and Twitter pages. Visit the Yorkshire Air Ambulance website for more stories of their incredible life-saving work.